Entrepreneurs feel a calling to improve the world by creating an exchange of value. They are motivated by a dissatisfaction with the status quo and blessed with the energy and gumption to change it. People who are content or phlegmatic rarely try to change things.

I Have Seen The Future And It Needs Work

“Though Felsenstein foresaw the rise of personal computers, he’s still waiting for the kind of democratization that he hoped would accompany it, when cheap computers in the hand of “the people” would allow everyone to take information, manipulate it to better reflect the truth, and distribute it widely.

From the “Afterward 2010” chapter of “Hackers” by Steven Levy 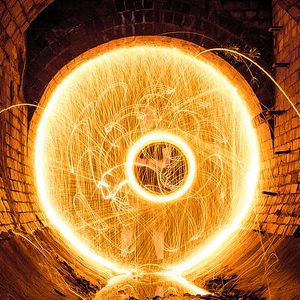 Lee Felsenstein was one of the prime movers behind the Homebrew Computer Club and one of my inspirations for the Bootstrappers Breakfast. I have had the chance to meet him and hear him speak several times–Silicon Valley remains a very small place despite what you may hear–and he remains an energetically discontent engineer. People who are content or phlegmatic rarely try to change things.

I think one risk for an entrepreneur is to be perpetually discontent:  the fellowship and community of other entrepreneurs can help you to renew your gumption.

“Restlessness and discontent are the first necessities of progress.”
Thomas Alva Edison