Justin Kan (@JustinKan) wrote “Startups Don’t Die They Commit Suicide” in 2011″ (mirrored on his blog here)  reflecting on what he had observed and learned as a serial entrepreneur. It was reposted on the Philly Startup Leaders list earlier this week which led me to write the following comments mixed with excerpts from Kan’s post.

“Startups die in many ways, but in the past couple of years I’ve noticed that the most common cause of death is [when] founders/management kill the company while it’s still very much breathing.”
Justin Kan in “Startups Don’t Die They Commit Suicide” 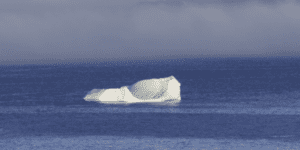 I think this is right, two key requirements for building a business are team morale–shared vision, enjoyment of working together, hope for the future–and cash flow. And morale can get you through periods of poor cash flow  more than cash flow can compensate for poor morale and team dynamics. I think a lot of teams lose their “gumption” and give up.

“Long before startups get to the point of delinquent electricity bills or serious payroll cuts, they implode. The people in them give up and move on to do other things, or they realize that startups are hard and can cause a massive amount of mental and physical exhaustion — or the founders get jobs at other companies, go back to school, or simply move out of the valley and disappear.”
Justin Kan in “Startups Don’t Die They Commit Suicide”

I think bootstrappers are in some way at less risk for this because they know it’s going to be hard, although perhaps not how hard.
A lot of times the founders don’t maintain their health and energy and cannot weather a setback or analyze their situation with enough emotional distance: debugging your startup requires peace of mind

“Often the root problem can be traced back to a lack of product traction — it’s rare to find people willingly quitting companies with exploding metrics. But one thing that many entrepreneurs don’t realize is that patience and iteration are critical in achieving product market fit.”
Justin Kan in “Startups Don’t Die They Commit Suicide”

Keeping a ‘captain’s log’ or other journal can give you a place to vent your frustrations–and let them cool for later analysis–jot down your fragmentary insights for later revision and recombination, and allow you to look back at earlier crises you have managed and problems solved: record to remember, pause to reflect. We have worked with a couple of Finnish teams and they have a great word “sisu” that is the Arctic version of gumption.

I think a lot of the desire for overnight success  is driven by trade press accounts of young millionaires who clean up the real story to make it seem simple and inevitable. I have met a number of entrepreneurs who think that one deal or one relationship will be the point of departure for a rocket trip to the stars. That’s always the way the success narrative is cleaned up and presented, but the reality almost always–barring a few lottery ticket winners–involved a lot more hard work and the slow accumulation of many small insights, decisions, and advantages.

On the other hand, happy people don’t normally start new companies: as Sramana Mitra has observed, startups are founded by mavericks, iconoclasts, dropouts, and misfits.  In fact, I think Barry Moltz is right: you need to be a little crazy.

Still, I think morale at an individual and team level is a key resource, and the teams that persevere seem to be more driven by the thought of proving a new idea right than proving  former co-workers, bosses, or  relatives wrong. While proving folks wrong can be the start–bold action coupled with frank expression has inadvertently launched many a deeply felt entrepreneurial career–it’s rarely what sustains an individual much less a team. The two key to building a business are team morale–shared vision, enjoyment of working together, and hope–and cash flow. Morale enables perseverance.

“It’s only after you fail once or twice and learn to rely equally on thought, analysis, and anticipation–in addition to speed, talent, and execution–that you can really call yourself an entrepreneur. ”
Barry Moltz in “You Need to Be a Little Crazy“

10 thoughts on “The Likely Consequences of Entrepreneurship Require Perseverance”