Things I have learned from my children: “fall down seven times, stand up eight”, athletic ability flows from practice, and patience.

Things I have learned from my children

“Logical consequences are the scarecrows of fools and the beacons of wise men.”
Thomas Huxley 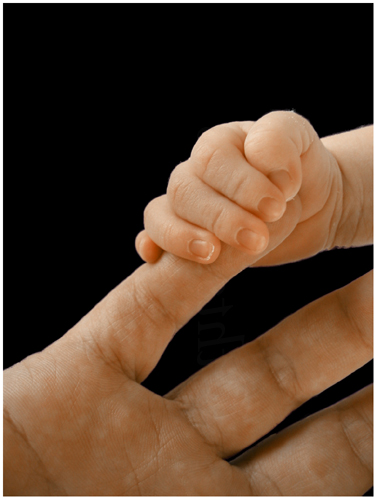 I hadn’t paid much attention to babies before my first son was born. I knew that they existed but I hadn’t really given a lot of thought to all of the problems that have to be solved for a 8.8 pound (3995 grams: I remember looking at that number on the basket scale when they weighed him right after he was born and being unable to process it; I thought it was some kind of price) infant to grow up into a 140 pound teenager. Each step in the growth process has to start and end with a living person. As the heart and lungs grow they have to continually function, the brain cannot be without oxygen for more than a few minutes without permanent harm or death. I have worked on very few hardware/software systems that operated continuously for more than a few months to a year and none that were substantially modified in that time while operating continuously.

In August of 1995 we took a vacation in Seattle (I remember because the Windows 1995 launch was in full swing). My older son was 13 months old and just starting to walk. He fell down. A lot. There was a glass top coffee table with a metal frame. My son whacked his forehead so many times that he had a row of bruises from ear to ear. It made the Japanese aphorism, “Fall down seven times, stand up eight” very real to me.

When he first to crawl and it had made our life way more complicated but then he started to cruise (holding himself up on the furniture and take one or two steps and then grabbing on to something else). As soon as he could take a few steps he started to carry something with him in one hand, then in both hands: you could see the thought balloon over his head “I need my stuff where I am going not where I was.” Then he started running.  At each skill level he tolerated a high failure rate as he added a complicating factor to get to the next level. What took him several months would have taken me years given my tolerance for failure. It was eye opening.

I was never much of an athlete. Like all boys I was blessed with curiosity and energy and enjoyed all kinds go games but I thought that people were born with athletic ability or not. I was in the “not” category. I was mediocre in most sports and rarely picked early for a team but it didn’t bother me because I wasn’t athletic. I was really good at math and reading and assumed that those were skills I was born with. I didn’t really analyze it very carefully.

When my son was about two and half a neighbor that was moving away gave us a Fisher Price basketball hoop that could adjust from three to six feet in height. We put it on our back patio and my son would go out and shoot baskets pretty much every day. He didn’t make very many at first but he was possessed of the desire to learn. And in a year he got much better even as we adjusted the basket higher. I had never considered athletic ability as the result of a willingness to practice.

And slowly it dawned on me that I was good at Math and Reading because I had practiced doing a lot of math problems and reading many many books. And I had never really practiced shooting baskets or playing catch to nearly the same degree. I would play outside a lot but I also read a lot.

My son played soccer on the weekends in different leagues. When he was eleven or twelve the games became more serious and the parents much more intense in their support. I had never thought of myself as “Little League Father” I had no athletic ambitions for my son, nor did I view soccer as a path to a college scholarship. But something about the games could engage a profoundly competitive streak in me. A referee blew a call–in my opinion–and I used some strong language. I was standing near the coach and the referee assumed that the coach had criticized the call and gave him a yellow card. I told the ref it had been me but it did not change his decision. My son was profoundly disappointed in me, as perhaps only a twelve year old can be (teenagers assume that you will be a continual cause for embarrassment and take great care to spend as little time with you as possible.) It’s a terrible thing to feel your son’s disappointment at your behavior.

I went back to work full time at Cisco in 1998 and was invited to lunch by two women whom I had worked with when I was Cisco employee 1990-94, before I knew much about infants. They both remarked how calm I was compared to what I had been like earlier. I thought back over the last four years of trying to quiet screaming babies by learning from subtle differences in their cries whether they were hungry, or needed changing, or bored, or sick. I clearly remember my younger son, when he was about 9 months old, giving me this very confused look as I was holding him. Then he threw up all over me. He had been trying to figure out what this new sensation meant. Now we both knew. I told them that the last four years had been an exercise in learning how little was actually under my control, or at least subject to verbal–much less written–persuasion. So yes, I had become more patient.

“In nature there are neither rewards nor punishments; there are consequences.”
Robert Ingersoll

“Children are unpredictable. You never know what inconsistency they are going to catch you in next.”
Henry Ward Beecher

But this is supposed to be a blog for entrepreneurs not people in that moment of dawning comprehension about how ignorant and mistaken they have been (although entrepreneurs will experience that sensation from time to time, more frequently perhaps if they leave their BatCave and talk to prospects and customers ).

to make a long story short–too late as they say–I don’t know how to get better at something, even something like entrepreneurship, without failing repeatedly and worse, engaging in “deliberate practice” where you stress the things you are not good at. It actually gets even worse. To have a good business idea you normally have to start working on something that goes against conventional wisdom and turn out to be correct. If you are working on what everyone else is doing then you have a lot of competition.

The good news is that people in pain accept partial solutions. Determine the key problem you are trying to solve for your customers and target those in the most pain. Start small and iterate rapidly so you make a lot of small mistakes–hopefully avoiding larger ones in the process–that are more easily corrected. Don’t offer a Swiss Army Life: do one thing adequately and do it for people who cannot do it at all. From there you can iterate and improve.

Originally written in 2014, updated in 2019 to add “Implications for Entrepreneurs” when someone asked me why I had blogged about this.

8 thoughts on “Things I Have Learned From My Children”