The targets that founders set for a startup, and the metrics they choose to measure their progress toward these targets, are key decisions in the definition of the business. The wrong targets–in particular selecting only targets that are easily achievable–will not only postpone difficult choices that will bring clarity but may doom a team from the beginning if they don’t adjust and aim for outcomes that create a sustainable and growing business.

Choosing the Right Targets and Metrics For Your Startup

In the early stages of a startup it’s difficult to measure progress purely by revenue or customer satisfaction. You have to measure intermediate outcomes: prospects open our emails, visit our website, and sign up for a demo, webinar, or newsletter subscription. These may be necessary but they are not sufficient to closing deals and creating value and satisfied customers.

One risk is that you can get trapped increasing these intermediate metrics without actually advancing the sale. In effect, you are planting seeds but failing to water: plants may sprout but then exhaust what little moisture is available to them and die. Planting more and more seeds without understanding how the soil needs to be prepared beforehand and what irrigation and other nurturing may be required (e.g. weeding, protection from sun, fertilizer, etc..) will only lead to more sprouts that fail to thrive. But instead of analyzing why the sprouts are failing you think that if with enough sprouts some will thrive–that this time will be different.

Attracting more and more visitors to your site, while it is necessary to start generating revenue, is not sufficient to create a sustainable business, much less a growing one. You are missing the other nurturing activities. There is a trap where you celebrate hitting the early targets (e.g. they visit your site and fill out a from or they not only open but they reply to an e-mail) and focus on increasing those metrics hoping that if you have enough interest someone will be willing to pay for your product.

William Eleazar Barton offered an interesting perspective on getting trapped hitting the easy targets in “The Seven Targets” in the “Parables of Safed the Sage” (1917) , I have excerpted the relevant text in the next section. 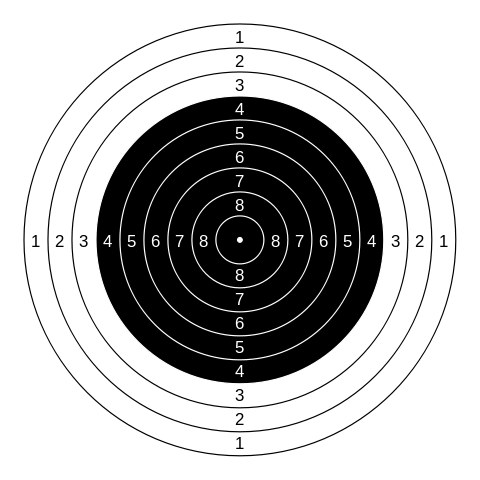 Now, in my Youth I could Shoot Some, and in my Riper Years I can Shoot a Little. So it was my custom to Choose a Target near the Middle, and Sometimes I made the Bell to Ring, perhaps twice or thrice out of Five.

But it came to pass on a day that I entered a Gallery, and laid down a silver Coin which was the Fourth Part of a Dollar, and the Man gave me Four Nickels and a Gun. And I took the Gun, and I Said, I have not practiced of late; I will take the Large Bullseye. So I shot, and I Hit It. And I shot again, and I Hit it Again. And thus I did Five Times.

And it Pleased me that I had Hit the Bullseye and Rung the Bell Five times.

And I handed the Man another Nickel, and I Hit the Bullseye Five Times More. And I was yet more pleased.

And I gave him Another. Nickel, and Yet another Five Times I Did the Same.

And I said within my heart, Behold, am not I a good Shot?

And I gave him Another Nickel.

And the Man took the Nickel, and gave me Another Gun, for I had shot out all that the First Gun contained; moreover, it needed Cleaning, by reason of the Shooting I had done. Now the man who kept the Gallery Had been regarding me, and I thought he had been Admiring my Skill, but he had Not. For when he handed me the Second Gun, and taken my Fourth Nickel he spake to me thus: 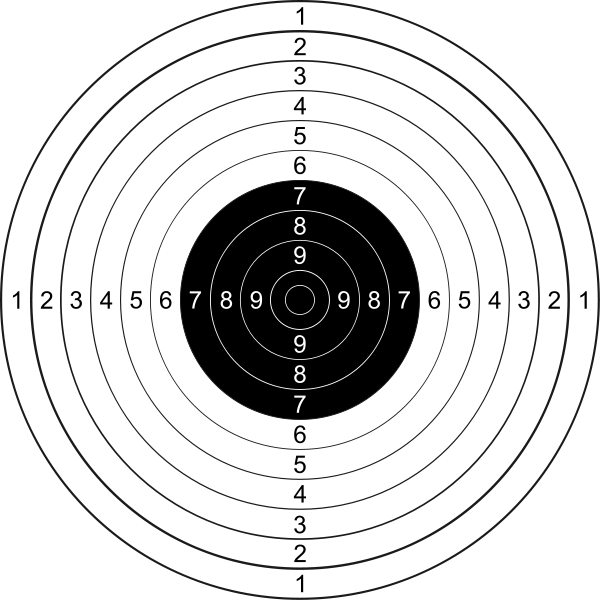 Now if all you want is to Hear Yourself Ring the Big Bell, you can Probably Continue to Do That for a Considerable Time to Come; but if you really want to Improve Your Shooting, you will never shoot at anything but the Smallest Bullseye. You will put your shots into quite as Small a Circle, and you will have the Advantage of Knowing Just How Much you lack of Being a Really Good Shot.

And the word went to my heart.

So I walked to the other end, and I shot five times at the Small Bullseye, and I hit it Not Once. But all my Shots were close in, and every one of them would have Bung the Big Bell. So I gave him my Last Nickel, and I Shot Five times more and out of the Five Shots I Rang the Small Bell Twice.

And though it sounded not so loud as the Big Bell, yet I knew in my heart it was Better Shooting, and that it had Compelled me to do My Best.

From The Parables of Safed the Sage by William Barton

Examples of Metrics That are Necessary But Not Sufficient

These are are important milestones in a sales process but are not enough.

Feedback and use are key milestones because that enables you to have real conversations and start to refine your understanding of customer needs. Real conversations require you to actively manage expectations and listen for what is not being said.

These metrics allow you to substantiate that you have a working customer discovery process, the trust of your customers, and proof that you are delivering value.

To inspire trust you have to have predictable behavior and not only to make commitments and but to meet them. A key challenge with trust is that it does not scale, it’s knit “by hand” by aligning your actions with you stated values and prior commitments.  Seth Godin had a great blog post on “A Hierarchy of Failure”  that’s relevant to your market exploration and MVP strategies. Here is his hierarchy:

The perspective to adopt is to stand in your customer’s shoes and assess the value you are creating and the risks and costs you are imposing on them.

Focused execution against a clearly defined set of targets is necessary but not sufficient, you must improve you ability to discern targets and determine if you are talking to a real prospect. Getting better at diagnosis requires you to invest effort in improving your discovery skills through deliberate practice. Here is a succinct example of deliberate practice.

Q: Can you explain how deliberate practice works?
“Here’s a typical example: Medical diagnosticians see a patient once or twice, make an assessment in an effort to solve a particularly difficult case, and then they move on. They may never see him or her again. I recently interviewed a highly successful diagnostician who works very differently. He spends a lot of his own time checking up on his patients, taking extensive notes on what he’s thinking at the time of diagnosis, and checking back to see how accurate he is. This extra step he created gives him a significant advantage compared with his peers. It lets him better understand how and when he’s improving. In general, elite performers utilize some technique that typically isn’t well known or widely practiced.”
K. Anders Ericsson quoted in “The Expert on Experts“

Increasing Expertise Should Always Be One of Your Targets

Increasing your team’s expertise at identifying prospects and creating valuable outcomes for customers are two targets you must aim for.  Here is Anders again on three tests your team must pass to substantiate that you have real expertise:

K. Anders Ericsson in “The Making of an Expert

The third test, repeatable performance, means that you should be able to develop checklists and heuristics (rules of thumb) for each phase of your customer engagement process from targeting to early conversations to closing the business to demonstrating value and eliciting repeat orders, case studies, and testimonials.

Garth Rosella and Stan Flewelling collected 80 of William Eleazar Barton’s stories in “Parables of a Country Parson” (a reprint of their earlier “Millionaire and the Scrub Lady“). Paul Spite has republished all five books, see “Archeologos Press: The Parables of the Safed the Sage Series“

1 thought on “Choosing the Right Targets and Metrics”