Paul Tyma defines the Old Man’s Business Model as taking the sure way, even though it may be longer than shortcuts that may not work. Tyma calls a “trade-off of investment up-front versus brute-force hope.” The “old man” makes an investment up front instead of hoping a quick and dirty approach may work.

Every now and then we needed an “old man” (like in his 40’s or something) to help us fix something when it was beyond our self-taught abilities. Now when I say “old man” here and throughout this article, I don’t necessarily mean “old” (and I don’t necessarily mean “man”) – I mean “experienced”. Experienced at whatever I’m interested in at the time – or more specifically, experienced at what I wasn’t experienced in at the time.

And as far as fixing motorcycles, what struck me was the way he’d go about it.

A rather common case would be something like there being one final screw holding on some engine part that we needed to replace, but it was buried deep inside the engine – i.e. you could barely see it. My first reaction was to wedge a screwdriver in there as far as I could – and see if, with luck, brute force, and karma, I could turn it enough to get it out.

The old guy on the other hand never went this route. He merely looked at it a moment, then immediately started taking off the neighboring easy-to-remove piece of the engine. Once that was off, he then effortlessly put his screwdriver in to remove the now exposed screw. Now mind you, the old-guy’s way was my back-up plan–but I was betting that my brash exuberance would payoff in a slightly quicker result. Sometimes it did–sometimes it didn’t–and sometimes I broke screwdrivers.

This trade-off of investment up-front versus brute-force hope became so obvious that my friends and I used it as vernacular. “Do you want to try this the ‘young man’ way or the ‘old man’ way?”. It was surprising how without any further explanation we would know all the precise steps involved in both for whatever situation. 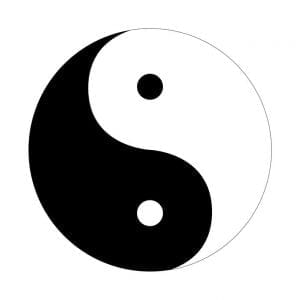