To “see the elephant” entrepreneurs must work toward a holistic perspective by integrating advice and conflicting views from a variety of sources.

Seeing The Elephant: The Entrepreneur’s Challenge of Integrating Advice 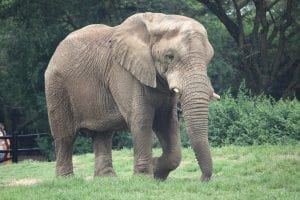 Back in the early 19th century, the arrival of such a carnival in a small town was a major occasion, affording the town’s residents the opportunity to sample all sorts of exotic attractions, from the grotesque denizens of the sideshow to wild beasts from Africa and Asia that many people at that time had only read of in books. The big draw at many of these shows was an elephant, a far bigger and stranger critter than any animal native to North America. […] So ritualized was this small-town pachyderm-mania that by about 1835 “to see the elephant” had become a catch phrase meaning “to experience all that there is to see, to see all that can be endured,” with the sense that after having “seen the elephant” there was nothing left to see. A related, more general sense arose a few years later, in which “to have seen the elephant” meant “to be worldly, no longer innocent, to have learned a hard lesson.” Many young people of the day who left the country for the big city with stars in their eyes only to experience hardship and disappointment were wryly said to have “seen the elephant” in this sense. And by about 1840, “see the elephant” had acquired the specialized military sense you have heard, meaning “to experience combat for the first time,” with the brutal loss of innocence that ordeal conveys.

So the challenge is to see things as they are, or to infer from others’ remarks how things work. But complex subjects admit of many perspectives, and like the Blind Men with the Elephant (or the Men in a Dark Room with the Elephant) each of us has a grasp on a different aspect of the subject.

There May Not Be An Elephant

But Donald N. Michael has some observations regarding a missing elephant (which I originally read in David Isenberg’s Smart Letter #45 “Don’s Elephant”) that suggest an alternate explanation.

I’ll begin with a Sufi story we’re all familiar with. It’s the story of the blind persons and the elephant. Recall that persons who were blind were each coming up with a different definition of what was ‘out there’ depending on what part of the elephant they were touching. Notice that the story depends on a storyteller, someone who can see that there is an elephant. What I’m going to propose today is that the storyteller is blind. There is no elephant. The storyteller doesn’t know what he or she is talking about.

At the other end of the spectrum is William Gibson in his interview in the The Rolling Stone 40th Anniversary Issue (2007) [Internet Archive link, on-line version removed]

One of the things our grandchildren will find quaintest about us is that we distinguish the digital from the real, the virtual from the real. In the future, that will become literally impossible. The distinction between cyberspace and that which isn’t cyberspace is going to be unimaginable. When I wrote Neuromancer in 1984, cyberspace already existed for some people, but they didn’t spend all their time there. So cyberspace was there, and we were here. Now cyberspace is here for a lot of us, and there has become any state of relative non-connectivity. There is where they don’t have Wi-Fi.

In a world of super-ubiquitous computing, you’re not gonna know when you’re on or when you’re off. You’re always going to be on, in some sort of blended-reality state. You only think about it when something goes wrong and it goes off. And then it’s a drag.

It could be that in Silicon Valley we are so surrounded by entrepreneurship that we can’t parse it. Like fish in water we can’t really see it until it’s suppressed.

Watching the Circus Parade Through Knotholes in the Fence

Another possibility is that there isn’t a single paradigm for entrepreneurship. An excerpt from “The Limitations of Scientific Truth” by Nigel Brush

Therefore, when a new paradigm is built upon the structure of the preceding paradigm, it is often difficult to show continuity; instead of representing quantitative increases in knowledge new paradigms are often little more than shifts in perspective. The process could be compared to the old baseball parks that had wooden fences around their outfields. People unable to afford a ticket into the park could still watch the game by looking through the knotholes in the fence. Each knothole, though, gave a different view of the playing field. A hole in the left field fence gave a good view of the left fielder and third base, but the center fielder might be completely out of sight. Each knothole in the fence provided the viewer with a different perspective of the game. Paradigms are somewhat akin to knotholes in that each gives only a limited view of the universe, never the whole picture.

7 thoughts on “Seeing The Elephant: The Entrepreneur’s Challenge of Integrating Advice”