It can take a while to determine what to ask in an opening conversation and which leads constitute opportunities. You have to follow up. 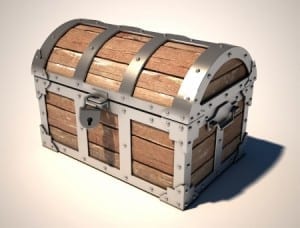 “Even cowards can endure hardship; only the brave can endure suspense.”
Mignon Mclaughlin

To grow your business you need to navigate the ambiguity and uncertainties of learning what strangers need and are willing to pay for.  It can take a while to determine what to ask in an opening conversation and whether a lead constitutes an opportunity. But you have to follow up, if you view it as the prospect’s responsibility to contact you now that you have explained what you do it’s very hard to prosper.

True Story: What Happened To the Leads?

The following is a real conversation–at least to the best of my recollection–from a few years ago.

We met with a startup that had made a few sales of a translation product and was also doing some consulting work that leveraged the capabilities of the next generation product they were developing. The current product was in production use at several firms. The two founders were engineers who each had more than decade of practical experience doing the kind of technical translation work that they had developed the product to help automate.

They had invited us in to see if we could help them generate more leads and close more deals. We met in October in their office, it was  a 20′ by 20′ space in a small complex chock full of other technology businesses. They had a conference table up front, one desk along each sidewall, and a row of bookshelves along the back full of technical manuals and papers.

They told us and they had attended an industry trade show a few months earlier in June, which prompted me to ask, “Just to help us get some understanding of your current sales process, what happened to the leads you gathered from conversations at the trade show?”

The CEO got a smile on his face and said, “we got about three dozen business cards from folks who stopped by the booth and were interested in our software!”

There was a pause that lengthened and I realized I needed to probe further.

“So what happened next?” I asked.

The CEO said, “well, two of people who gave us cards called within a few weeks after the show and we sold three licenses to one of them, the other decided not to go forward after we gave them benchmark results.”

This was great news. “50% is a great close rate after a demo for a product that costs $7,500 dollars:  what happened with the rest?”

The CEO jumped up and said, “We still have the leads.” He walked to the back of room and pulled out a small cardboard box about the size of one they ship 250 business cards in. He brought it back to the table and opened, taking out a bundle wrapped in tissue paper. I was reminded for some reason of the way that people who collect comic books or baseball cards carefully pack away the items in their collection.

He unwrapped the bundle and there were about 30 business cards in the middle. “See: we still have the rest of the leads. They are all right here!”

“Would you like us to put together a simple campaign where we e-mail them an update of what’s happened since the show and call them once or twice to see if they are interested in a longer demo or an evaluation?” I asked.

“No, that’s not why we asked you to come in, these guys will call when they are ready,” he answered.

Leads Are Not Mint Condition Collectibles

So, that was their sales model, they would demo at a trade show and answer the phone. As we talked a little more I realized that they could not face initiating a follow up conversation, it was easier to imagine the leads appreciating like a mint condition stamp or collectible action figure in an unopened box. In their mind the prospects were becoming more desperate and at some point would have to call them.

Whether your odds of closing a lead are one in two or one in ten you cannot treat an opportunity like Schrodinger’s cat, possibly still alive as long as you don’t look too closely. The only way to get better at sales is to start following up and having serious conversations with prospects.

Many B2B startup teams find early customers by doing business with people they already know and referrals from friends that come to them as warm leads. But in order not only to sustain but to grow your business you have to learn how to do business with strangers.

5 thoughts on “Living in Anticipation With Schrodinger’s Leads”