Many a successful has been started based on careful observation, in particular seeing what’s missing. This post uses excerpts from  The Verger by W. Somerset Maugham to highlight some practical truths of entrepreneurship. 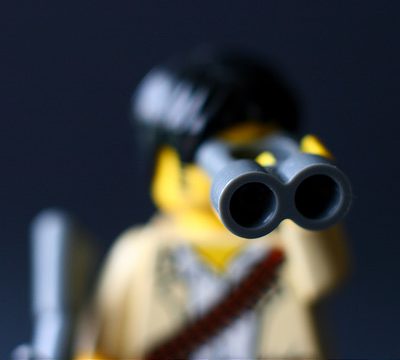 There had been a christening that afternoon at St. Peter’s, Neville Square, and Albert Edward Foreman still wore his verger’s gown. He kept his new one, its folds as full and stiff though it were made not of alpaca but of perennial bronze, for funerals and weddings (St. Peter’s, Neville Square, was a church much favored by the fashionable for these ceremonies) and now he wore only his second-best. He wore it with complacence for it was the dignified symbol of his office, and without it (when he took it off to go home) he had the disconcerting sensation of being somewhat insufficiently clad. He took pains with it; he pressed it and ironed it himself. During the sixteen years he had been verger of this church he had had a succession of such gowns, but he had never been able to throw them away when they were worn out and the complete series, neatly wrapped up in brown paper, lay in the bottom drawers of the wardrobe in his bedroom.

Entrepreneurship can often be a second career. It can be difficult to let go of a successful position and the status that has accrued from years of service. But sometimes things change…

When the vicar had walked down the aisle so far that he could address the verger without raising his voice more than was becoming in a place of worship he stopped.

“Foreman, will you come into the vestry for a minute. I have something to say to you.”

The vicar preceded Albert Edward into the vestry. Albert Edward was a trifle surprised to find the two churchwardens there. He had not seen them come in. They gave him pleasant nods.

“Foreman, we’ve got something rather unpleasant to say to you. You’ve been here a great many years and I think his lordship and the general agree with me that you’ve fulfilled the duties of your office to the satisfaction of everybody concerned.”

“But a most extraordinary circumstance came to my knowledge the other day and I felt it my duty to impart it to the churchwardens. I discovered to my astonishment that you could neither read nor write.”

“The last vicar knew that, sir,” he replied. “He said it didn’t make no difference. He always said there was a great deal too much education in the world for his taste.”

“But couldn’t you learn, Foreman?” asked the general.

“I’m very sorry sir, I’m afraid it’s no good. I’m too old a dog to learn new tricks. I’ve lived a good many years without knowing how to read and write, and without wishing to praise myself, self-praise is no recommendation, I don’t mind saying I’ve done my duty in that state of life in which it has pleased a merciful providence to place me, and if I could learn now I don’t know as I’d want to.”

“In that case, Foreman, I’m afraid you must go.”

“Yes sir, I quite understand. I shall be happy to hand in my resignation as soon as you’ve found somebody to take my place.”

But when Albert Edward with his usual politeness had closed the church door behind the vicar and the two churchwardens he could not sustain the air of unruffled dignity with which he bad borne the blow inflicted upon him and his lips quivered. […]  He had saved a tidy sum, but not enough to live on without doing something, and life seemed to cost more every year. He had never thought to be troubled with such questions. The vergers of St. Peter’s, like the popes Rome, were there for life.

While people still have lifelong careers with the same firm, I think it’s much less common. I think that’s unfortunate but lifelong employment can be a mixed blessing: I know many teachers with tenure who are terribly unhappy in their profession but afraid to give up the security of their position to try something new. 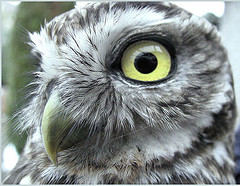 Albert Edward was a non-smoker and a total abstainer, but with a certain latitude; that is to say he liked a glass of beer with his dinner and when he was tired he enjoyed a cigarette. It occurred to him now that one would comfort him and since he did not carry them he looked about him for a shop where he could buy a packet of Gold Flakes. He did not at once see one and walked on a little. It was a long street with all sorts of shops in it, but there was not a single one where you could buy cigarettes.

To make sure he walked right up the street again. No, there was no doubt about it. He stopped and looked reflectively up and down.

“I can’t be the only man as walks along this street and wants a fag,” he said. “I shouldn’t wonder but what a fellow might do very well with a little shop here. Tobacco and sweets, you know.”

He gave a sudden start.

“That’s an idea,” he said. “Strange how things come to you when you least expect it.”

He turned, walked home, and had his tea.

He considered the matter from every point of view and next day he went along the street and by good luck found a little shop to let that looked as though it would exactly suit him. Twenty-four hours later he had taken it and when a month after that he left St. Peter’s, Neville Square, for ever, Albert Edward Foreman set up in business as a tobacconist and newsagent. His wife said it was a dreadful come-down after being verger of St. Peter’s, but he answered that you had to move with the times, the church wasn’t what it was, and henceforward he was going to render unto Caesar what was Caesar’s. Albert Edward did very well. He did so well that in a year or so it struck him that he might take a second shop and put a manager in. He looked for another long street that hadn’t got a tobacconist in it and when he found it and a shop to let, took it and stocked it. This was a success too. Then it occurred to him that if he could run two he could run half a dozen, so he began walking about London, and whenever he found a long street that had no tobacconist and a shop to let he took it. In the course of ten years he had acquired no less than ten shops and he was making money hand over fist. He went round to all of them himself every Monday, collected the week’s takings and took them to the bank.

Seeing what’s missing is harder than what’s out of place.

In the context of the story it’s not surprising that someone in charge keeping a church orderly who was a careful observer of people could succeed in retail. He has a clear sense of duty and self-control so that once he has spotted the opportunity he can execute.

Burn Your Boats But Not Your Bridges

One morning when he was there paying in a bundle of notes and a heavy bag of silver the cashier told him that the manager would like to see him. He was shown into an office and the manager shook hands with him.

“Mr. Foreman, I wanted to have a talk to you about the money you’ve got on deposit with us. Do you know exactly how much it is?”

“Not within a pound or two, sir; but I’ve got a pretty rough idea.”

“Apart from what you paid in this morning it’s a little over thirty thousand pounds. That’s a very large sum to have on deposit and I should have thought you’d do better to invest it.”

One of key reasons the verger succeeds is that he fully commits to his new business. He does not set out to prove his old employer wrong or make them regret letting him go. He would have preferred to continue at St. Paul’s, but when that option was foreclosed he moved forward from where he was. He took his dismissal with grace and could no doubt go back and ask members of the congregation for help if he had to. Too often entrepreneurs are motivated by trying to prove someone wrong when they would be better served to “burn their boats” and fully commit to the new course, without “burning bridges” so that they can ask for help from people they have collaborated with successfully in the past.

A troubled look settled on Mr. Foreman’s distinguished face. “I’ve never had anything to do with stocks and shares and I’d have to leave it all in your hands,” he said.

The manager smiled. “We’ll do everything. All you’ll have to do next time you come in is just to sign the transfers.”

“I could do that all right, said Albert uncertainly. “But how should I know what I was signing?”

“I suppose you can read,” said the manager a trifle sharply.

“Well, sir, that’s just it. I can’t. I know it sounds funny-like but there it is, I can’t read or write, only me name, and I only learned to do that when I went into business.”

The manager was so surprised that he jumped up from his chair.

“That’s the most extraordinary thing I ever heard.”

“You see it’s like this, sir, I never had the opportunity until it was too late and then somehow I wouldn’t. I got obstinate-like.”

The manager stared at him as though he were a prehistoric monster.

“And do you mean to say that you’ve built up this important business and amassed a fortune of thirty thousand pounds without being able to read or write? Good God, man, what would you be now if you had been able to?”

“I can tell you that sir,” said Mr. Foreman, a little smile on his still aristocratic features. “I’d be verger of St. Peter’s, Neville Square.”

Although the Lean Startup model is often describe as “build-measure-learn” I think it’s often more useful to start with careful observation and measurement. Think of it as measure-learn-build.