On Veterans Day 2008 we honor those who have served in the military and lived: thanks for putting your life on the line for all the things we hold dear. 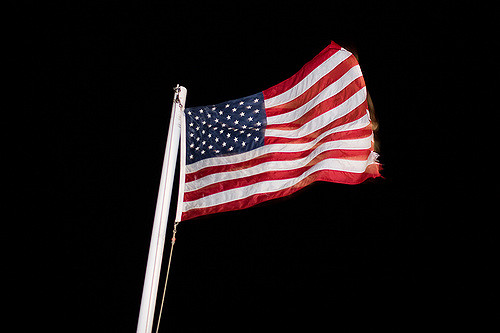 “We sleep soundly in our beds because rough men stand ready in the night to visit violence on those who would do us harm.”
Richard Grenier

A thank you to all of the men and women in our armed forces who make this Silicon Valley oasis of rationality and innovation possible.

Pippin: It’s so quiet.
Gandalf: It’s the deep breath before the plunge.
Pippin: I don’t want to be in a battle. But waiting on the edge of one I can’t escape is even worse.
From the movie “Lord of the Rings: Return of the King”

I worked with a sales manager once, years ago, who was unflappable. We had a meeting with a customer who was irate and I was not looking forward to the meeting. I asked him how he stayed calm. He said “I don’t think you know this about me: I flew fighter combat missions in Vietnam. I understand what trouble looks like and how important it is to stay in the moment and not worry about what might happen.”

I will close with a Veterans Day post my brother wrote in 2005, it’s as true now as it was then.

Today is Veterans Day, the day we honor those who have served in the military and lived. Memorial Day is the day we honor those who died while serving in the military. While that seems like a big difference, the reality is that chance plays a huge role in which soldiers live and which soldiers die. So to all you veterans out there, thanks for the willingness to put your life on the line for all the things I hold dear.

Update Sep-3-2012: The Quote Investigator looked at the opening quote on Nov-7-2011 and concluded it should be sourced to a 1993 article by Richard Grenier who was paraphrasing Orwell who may have been inspired by Kipling. It’s in the Wikipedia list of misquotations for Churchill as unsourced.