Some quotes and observations on the Declaration of Independence and the Constitution as a promissory note to all Americans.

Independence Day 2021: A Promissory Note to Every American 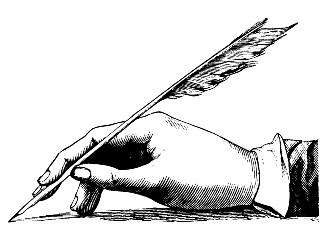 “When the architects of our republic wrote the magnificent words of the Constitution and the Declaration of Independence, they were signing a promissory note to which every American was to fall heir. This note was a promise that all men, yes, black men as well as white men, would be guaranteed the unalienable rights to life, liberty, and the pursuit of happiness. ”
Martin Luther King, Jr. in his “I Have a Dream” speech on Aug. 28, 1963, at the Lincoln Memorial

I like this quote by King which characterizes the founding documents as a promise to future generations.

There was no United States of America before July 4th, 1776

“There was no United States of America before July 4th, 1776. There was not yet, formally speaking, an American people. There were, instead, living in the thirteen British colonies in North America some two-and-a-half million subjects of a distant king. Those subjects became a people by declaring themselves such and then by winning the independence they had asserted as their right.”

One of the strengths of the American system is our ability to use the states as laboratories. Our federated model of government allows us to explore multiple options on a small scale before committing to a single standard or continuing to allow local variation.

Leave it unimpaired to our children

And now, fellow-citizens, let us not retire from this occasion without a deep and solemn conviction of the duties which have devolved upon us. This lovely land, this glorious liberty, these benign institutions, the dear purchase of our fathers, are ours; ours to enjoy, ours to preserve, ours to transmit. Generations past and generations to come hold us responsible for this sacred trust. Our fathers, from behind, admonish us, with their anxious paternal voices; posterity calls out to us, from the bosom of the future; the world turns hither its solicitous eyes; all, all conjure us to act wisely, and faithfully, in the relation which we sustain. We can never, indeed, pay the debt which is upon us; but by virtue, by morality, by religion, by the cultivation of every good principle and every good habit, we may hope to enjoy the blessing, through our day, and to leave it unimpaired to our children. Let us feel deeply how much of what we are and of what we possess we owe to this liberty, and to these institutions of government.

There are two key passages that I have highlighted in this excerpt from Webster’s elegy. They stress the concept of the founding documents and the actions of the Founders as a promissory note that each generation must honor to the next. It’s an astounding coincidence that both John Adams and Thomas Jefferson passed away on the 50th anniversary of the Declaration of Independence. Webster outlines in some detail his introductory note to the text of the elegy.

Since the decease of General Washington, on the 14th of December, 1799, the public mind has never been so powerfully affected in this part of the country by any similar event, as by the death of John Adams, on the 4th of July, 1826. The news reached Boston in the evening of that day. The decease of this venerable fellow-citizen must at all times have appealed with much force to the patriotic sympathies of the people of Massachusetts. It acquired a singular interest from the year and the day on which it took place;—the 4th of July of the year completing the half century from that ever memorable era in the history of this country and the world, the Declaration of Independence; a measure in which Mr. Adams himself had taken so distinguished a part. The emotions of the public were greatly increased by the indications given by Mr. Adams in his last hours, that he was fully aware that the day was the anniversary of Independence, and by his dying allusion to the supposed fact that his colleague, Jefferson, survived him. When, in the course of a few days, the news arrived from Virginia, that he also had departed this life, on the same day and a few hours before Mr. Adams, the sensibility of the community, as of the country at large, was touched beyond all example. The occurrence was justly deemed without a parallel in history. The various circumstances of association and coincidence which marked the characters and careers of these great men, and especially those of their simultaneous decease on the 4th of July, were dwelt upon with melancholy but untiring interest. The circles of private life, the press, public bodies, and the pulpit, were for some time almost engrossed with the topic; and solemn rites of commemoration were performed throughout the country.

An early day was appointed for this purpose by the City Council of Boston. The whole community manifested its sympathy in the extraordinary event; and on the 2d of August, 1826, at the request of the municipal authorities, and in the presence of an immense audience, the following Discourse was delivered in Faneuil Hall.

Daniel Webster in an introductory note to the “Adams and Jefferson” Chapter of Webster’s collected works volume 1.

Faneuil Hall stands to this day, now a national landmark. As does the republic that Adams and Jefferson helped to architect.